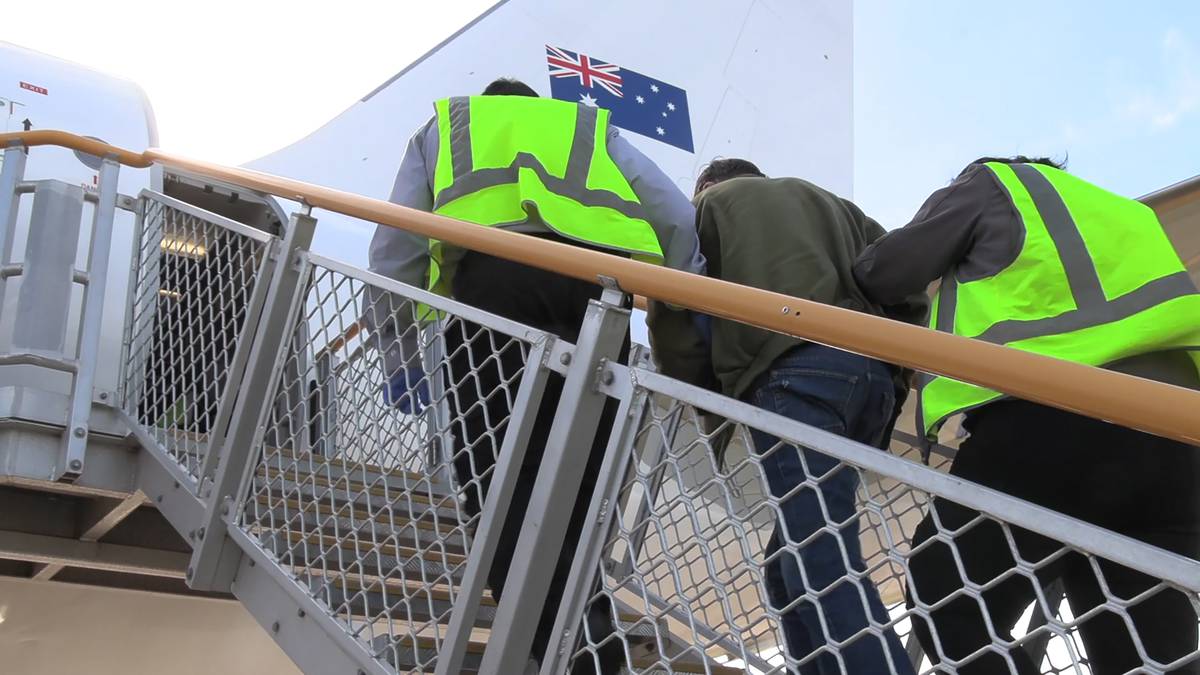 If he were deported from Australia, Mark Skeddon would not be able to see his youngest son in the flesh again for more than 16 years. Photo/Image from Australian Department of the Interior file

A New Zealander, who is to be deported from Australia under its 501 policy, has convinced authorities to let him stay despite his long criminal history, drug addiction and recent prison sentence.

Mark Skedden, 41, was granted the reprieve because of his long-term ties to Australia, including his three children from three relationships, and family members who have an indefinite right to remain in the country.

He is one of around 60 New Zealanders since June 2020 who have been ordered to leave under Section 501 of Australia’s Migration Act but have successfully appealed.

The 501 provision can be triggered when a person is sent to prison for 12 months or more.

Skedden was sentenced to 12 months in prison in 2021 and was transferred to a detention center upon his release.

Skedden first traveled to Australia in 2001, aged 19, to join his mother, brother and stepfather. His father and sister remained in New Zealand and he has had no contact with them since.

Arrived in Australia, he deliberately failed to declare his criminal record, which has already resulted in 29 convictions accumulated between 1999 and 2001 for offenses of illegal taking of vehicles, burglary, theft and dishonesty.

He had been imprisoned in New Zealand at least once and registered another conviction just 11 days before traveling to Australia.

Once there, his crimes continued to escalate. He was convicted of his first offense – breaking and entering – eight months after stepping off the plane and he racked up convictions in most years thereafter – around 80 in total.

He worked in a variety of jobs including upholsterer, sprinkler fitter, welder and sheet metal worker, and paid tax in Australia until around 2017 when he was imprisoned for a series of offenses including serious acts against a domestic partner – the mother of his second child.

Skedden has three children from three relationships – a 13-year-old son, a 7-year-old daughter and a 2-year-old son. All are Australian citizens by birth. He is still in a relationship with the mother of his youngest child, although they are currently banned from having contact and their son has been removed from their care by the Department of Child Protection at the 4 months old due to the couple’s drug use.

Skedden lost contact with his eldest in 2016 and doesn’t know how to contact him. He last contacted his 7-year-old daughter in 2020. The girl’s mother said their daughter has “all the support she needs and doesn’t need a father” and that any future contact would be left at Skedden.

In addition to his biological children, Skedden claimed he has ties to other children – a toddler grandson (whose mother is his current partner’s daughter), a 2-year-old nephew and the children of his current partner aged 6 and 8 with a previous partner. , with whom they live in another city.

Skedden was sentenced to 12 months in prison last July for a series of offenses – serious criminal trespass, property damage, multiple charges of dishonest possession of property, possession of an object to commit an offense and multiple breaches of liberty under bail.

Her partner was jailed for seven months for similar offences. She has since been released and is working to regain custody of her and Skedden’s 2-year-old child.

In deciding whether to revoke the cancellation of Skedden’s visa, the Tribunal had to consider whether Skedden met the statutory “character test” and, if not, whether there was “another reason” why his visa had to be maintained.

Several witnesses testified in support of Skedden, including her mother and stepfather, her current partner, and her adult daughter.

The court said Skedden acknowledged that his criminal history was serious and expressed genuine regret and disappointment for his past behavior.

He wanted to stay in Australia to connect with his biological children, having realized he could lose them forever.

The court noted that he had chosen drugs over his children in the past, but had since demonstrated his commitment to being a positive role model for his family and an active member of the Australian community.

He had taken steps to address his methamphetamine addiction, complied with the court’s no-contact order preventing contact with his current partner, and was prepared to take any steps necessary to regain custody of his youngest son.

If deported, Skedden’s contact with his Australian family would be limited to video calls. He couldn’t see his young son again in the flesh until the boy was an adult – over 16 years from now.

This would have “extremely negative consequences for her Australian children and would be contrary to Australia’s international obligations regarding the best interests of minor children”, the court heard.

Where to Watch and Stream Engeyum Eppodhum for Free Online

“It would be a joy to be Italian Prime Minister”, says the League leader